Why Solar Farms in the Ocean can Save the Planet? 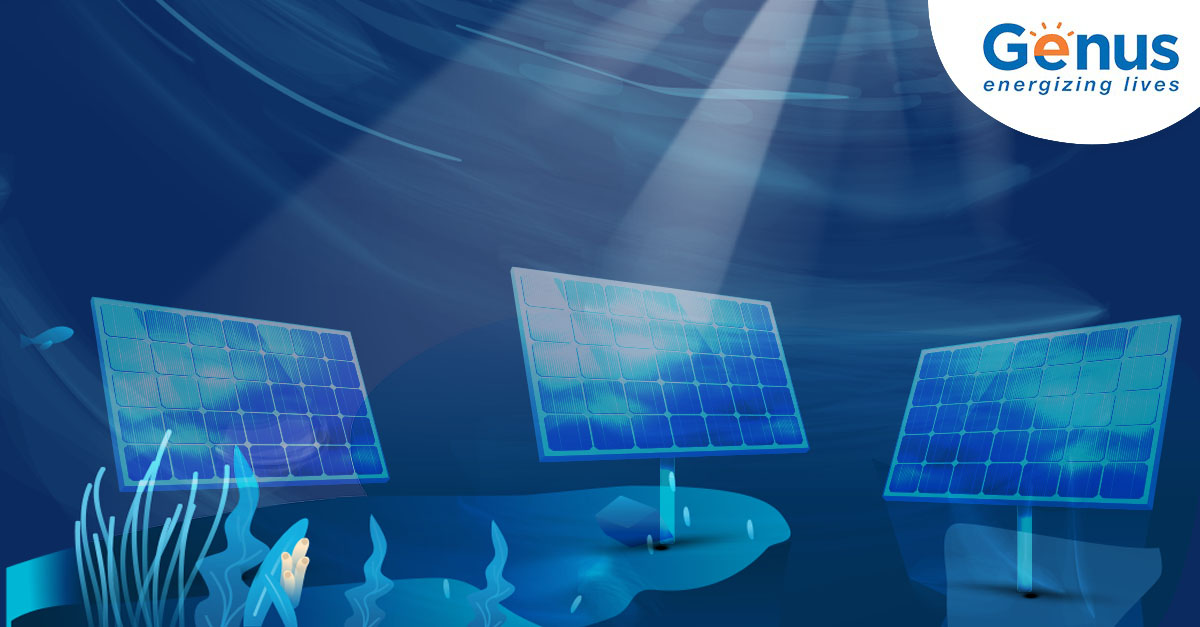 The fact that our planet is overpopulated and struggling with a never-ending demand for land and electricity is no news. Which is why, to live more sustainably or at least leave behind a better world for our future generations, we must embrace solar energy as much as possible. Not only can solar power make you less dependent on the grid for electricity, but it can minimise pollution and fight climate change. Now, while you must be familiar with solar panels hoisted on building roofs, floating solar panels might come as a surprise!

Yes, the presence of solar farms in oceans can solve multiple environmental problems and also help mankind. Find out how.

Are Solar Farms Good for the Environment?

Typically, a solar farm will have around 70 groups of circular solar panel islands. Energy from these islands will be used for splitting water molecules into their constituent hydrogen atoms, which will subsequently react with seawater to form methanol.

Each year, a single solar island can generate around 15000 tonnes of methanol, which is a fuel that burns cleanly. Even the CO2 from the methanol will end up back in the ocean, where the solar islands can reuse them.

Apart from this, the shade from the solar panels will go a long way in reducing evaporation of the water while also providing a cooling effect.

The Other Benefits of Floating Solar Panels

One of the key benefits of a solar farm at sea is that it does not take up valuable land space. Normally, large solar panel installations require a lot of land, which leads to forest clearing and the cutting of trees. Since floating solar plants are situated on unused ocean bodies, they are great for the preservation of biodiversity and for ensuring that valuable tree cover is not lost.

Moreover, it frees up the land for housing and other purposes, which will ensure that real estate prices are reasonable.

Solar panels are extremely durable with lifespans that can go up to 25 years. However, when they are operating at temperatures that are too high, their efficiency tends to reduce. Floating solar farms do not have that issue, as the solar system can be cooled by the abundance of water that is present in the ocean. This means that solar farms in the ocean will be significantly more effective than their land-based counterparts in humid conditions.

Solar farms in the ocean can be a game changer for both the solar industry and the environment. Currently, solar panels are made with a substance called cadmium chloride, which is highly toxic. It is also quite expensive, which means that it drastically affects a solar panel’s price.

However, researchers have found that the magnesium chloride found in seawater can be a substitute for the highly toxic cadmium chloride.

Also, since it can be extracted from the ocean, its supply is near unlimited, meaning the price of solar panels will come down substantially. Notably, the price of a kg of cadmium chloride is USD 300 while magnesium chloride costs around USD 1 per kg.

The key to implementing floating solar technology at sea in an optimal manner is finding a place that is shallow enough for the team to tether the farm to the ocean floor. Also, care must be taken to keep the flexible solar panels in a place with minimal waves, favourable weather, and ample sunlight. Doing so will go a long way in ensuring that the floating solar system generates enough energy to power the surrounding area and leave behind minimal carbon footprint.

Here’s another blog on solar panel location and orientation that might interest you. Get in touch with us at Genus if you need more help.

previousHow Can Solar Panels Benefit the Farming Scene in India?

next6 Reasons Why You Shouldn't Ignore Solar Metering