How to Choose Between String Inverters and Microinverters 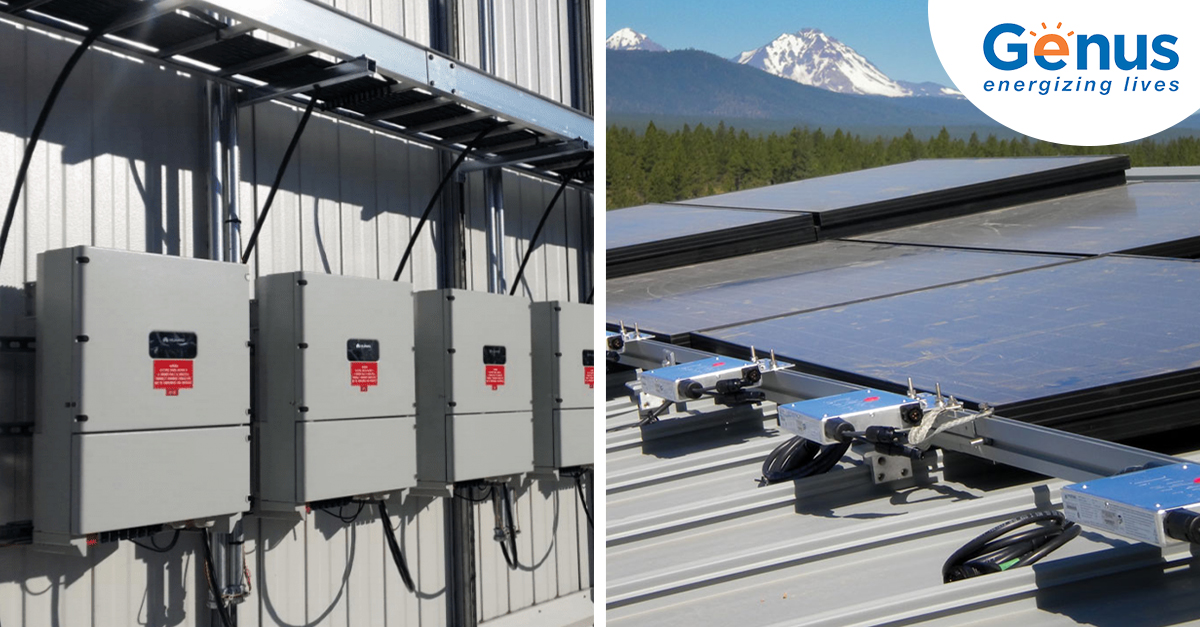 If you are planning to go solar to meet your home energy needs, be glad for you have a wide range of options of devices that convert sunlight into usable electricity. Two of them are the string inverter and microinverter. If you are wondering how to choose the right one for your need, then worry not. Here’s all you need to know.

A solar string inverter works with 6-12 individual solar panels connected in a series. Generally, it is a standalone box installed near the electricity meter and the main service panel. For a residential system, there is usually only a single inverter or at the most two inverters depending on the size of the solar installation.

The wiring of the system is quite simple due to the presence of a single inverter. Owing to this, there is only a small chance of wiring faults occurring.

String inverters are quite affordable in terms of installation charges.

String inverter installations are quite easy to troubleshoot because there is only one of them to deal with when there is a disruption in electricity production.

Drawbacks of a String Inverter

Also Read: Best Ways to Charge Inverter Battery When You Don’t Have Power

Solar microinverters perform the same function as an average string inverter, but they are the size of an internet router and are installed under every solar panel on the roof. These are connected in parallel, so their performance would not reflect the performance of the least efficient panel as it does with string inverters.

Advantages of a Microinverter

They can shut down rapidly with no difficulty to comply with the electrical codes at many places.

Standard inverters only allow for the monitoring of the whole system, while microinverter performance can be tracked one panel at a time. This means that even small issues in the panels can be identified and fixed promptly.

Because there are inverters behind every panel, microinverters have no issue working well and making maximum use of the sunlight even in places with partial shade and when the panels are all oriented in different directions. They even have a slight advantage over an optimizer.

Drawbacks of a Microinverter

Microinverters vs. String Inverters: Which is Better?

String inverters come out on top owing to their simplicity and the fact that they do not fail with the frequency that microinverters fail with. Since the inverter is the most complicated part of a solar energy system, having around 20 microinverters and routinely checking whether or not the individual inverters have failed is quite a complicated thing to do. You may also need to pay extra for the panel-level monitoring functionality of the microinverter. However, microinverters are not without their uses; they can be quite handy in places with heavy shading, have rapid shutdown requirements, and have panels facing different directions.

If you still are not clear on which one to pick, do not hesitate to reach us at Genus. We have a fine selection of solar inverters and will be glad to help you make a purchase that is optimal for you.

previousEverything You Need to Know About Cars Powered by The Sun

nextTop Ways to Protect Solar Panels During the Rainy Season