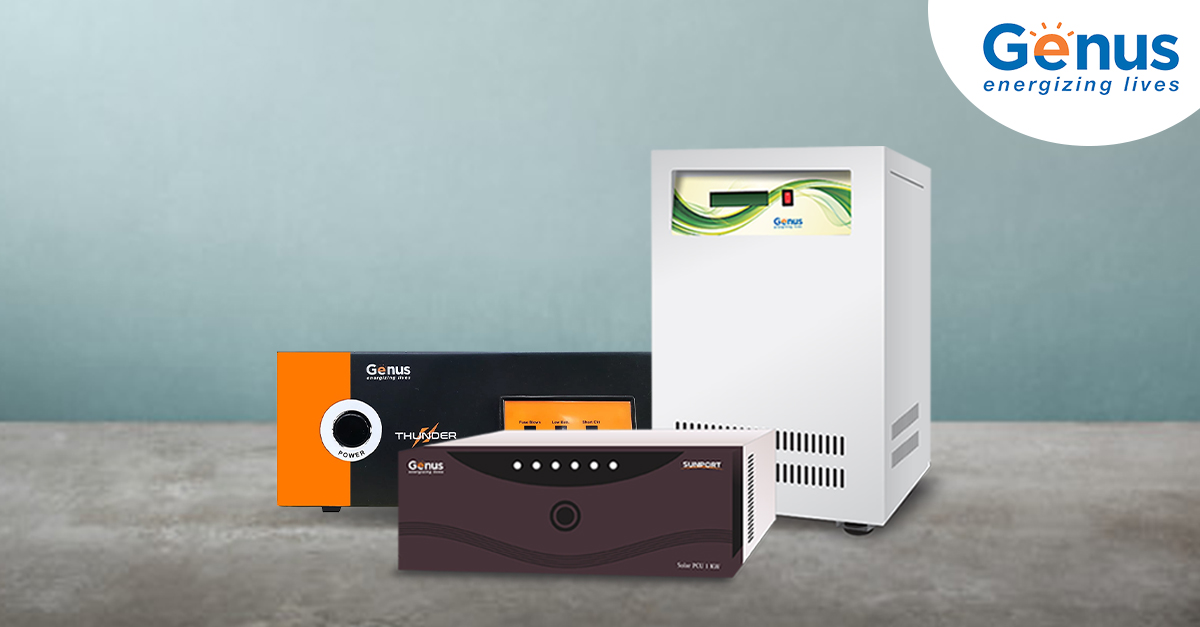 Over the last few years, Indian households and industries have increasingly turned to solar inverters to meet their electricity needs amidst long power cuts. But as the usage increases, the need for the grid infrastructure to become more intelligent and resilient has become palpable. This is to make sure that the electricity generation is stable.

And this is where a smart solar inverter steps in as a solution.

What is a Smart Inverter?

A solar inverter is considered smart if it has robust software infrastructure, bidirectional communication ability, and digital architecture as well.

What this means is that, apart from performing the function of conventional inverters—converting DC from solar panels into AC that is usable by home and industrial appliances—it also provides grid support functions, such as frequency support, voltage regulation, and ride through capabilities. In other words, it acts as a power source that provides usable power during an outage for at least a limited time period.

Also Read: How to Calculate Your UPS/inverter Battery Back-up Time?

What are the Features of a Smart Solar Inverter?

Implementing smart solar inverters is a great way to boost solar system performance, cut down on costs, and drastically reduce downtime. In the market, you will find many cost effective and smart designs that maximize energy yields even in the most challenging of locations. Also, because their performance can be closely tracked through apps or a website, it is possible to conduct maintenance at the earliest signs of trouble.

Apart from this, there is also the advantage of scalability. Due to the ability of the stakeholders to track even minute details of the solar system’s performance and operation, they will have great insights on how to implement it on a larger scale in the long run.

A key challenge faced by manufacturers of smart solar inverters is the rigorous compliance costs. Following standards, such as the IEC/ IEEE, which require high-tech facilities for testing the behaviour of inverters under complex situations, such as Frequency Control, are quite difficult given the lack of sufficient testing facilities.

Also Read: Inverter Buying Guide—Top Factors to Consider for Your Home or Workspace

And the absence of these certifications can lead to low-quality products entering the market claiming to be “smart”, putting enormous pressure on companies that are compliant with the regulations.

Besides, there is the challenge of choosing the right network. This issue is made worse by the lack of accessibility to proper networks and the reach that the available networks have.

The Future of Smart Solar Inverters in India

The outlook for smart solar inverters, especially the smart string inverter and smart grid inverter, looks quite positive given the ambitious goal that the government has set for generating 175 GW of renewable energy by 2022. Smart inverter technology is especially relevant in the current decade due to its ability to provide stable and cost-effective electricity, no matter how complex the grid has become in recent years.

Solar energy is the future of power generation due to its cost-effectiveness, environment-friendly nature, and low maintenance needs. But sometimes, navigating the world of solar can be challenging, especially if you are just getting acquainted with it. That is where we come in. At Genus, we believe that sustainable energy should be accessible to everyone. Reach out to us for a one-stop solution to all your energy needs, and we will help you meet them in a budget-friendly manner with solar.

previousPicking the Ideal Double Battery Inverter for Home Use – A Guide

nextEverything You Need to Know About Cars Powered by The Sun