Best Ways to Charge Inverter Battery When You Don't Have Power 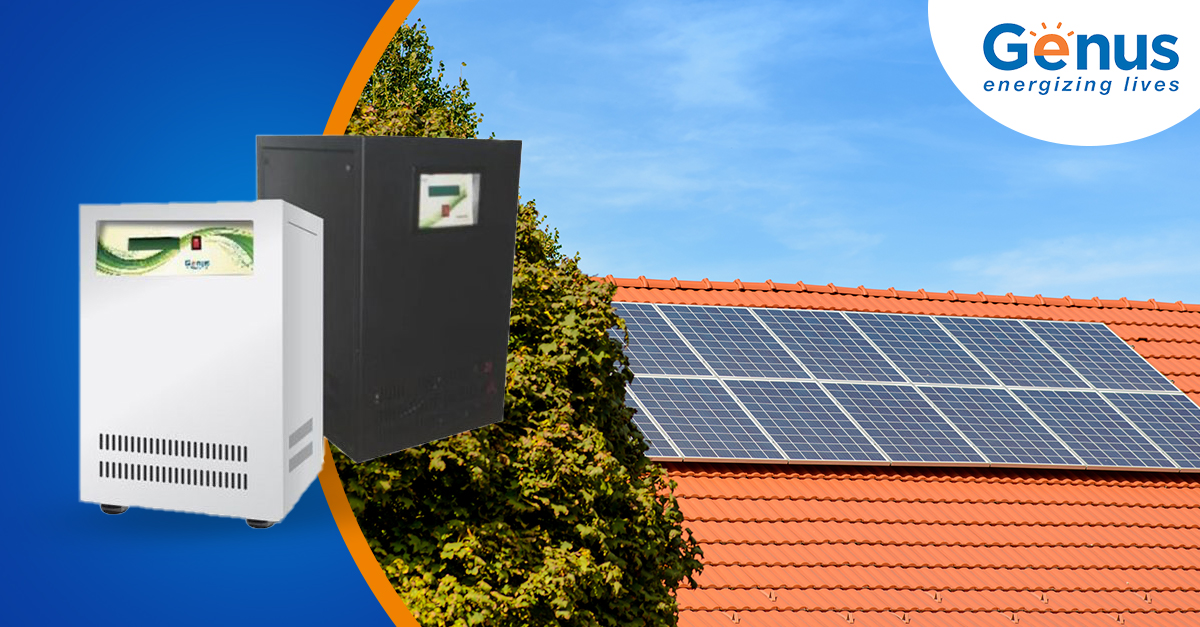 A conventional inverter can be a great way to avoid the discomfort and loss of productivity that comes with a power cut. But what will you do if you are in an area with long power cuts that make it near impossible for you to charge your inverter battery?

Turns out, installing solar panels and an inverter is a great way to generate environment-friendly, sustainable, and cost-effective battery charge without electricity.

What are Solar Inverters?

As a crucial part of a solar energy system, solar inverters convert direct current generated by solar panels into alternate current that can be used by home appliances. Apart from this, they provide vital data to assess the solar panels’ performance.

Here are the different options available to you if you are wondering how to charge an inverter battery without electricity.

These are large solar inverters with an output of around 400 KW or more. They find use in large industrial facilities, where they are stored in a room of their own. Apart from their easy installation, they are also quite efficient.

Typically, these solar inverters are connected to the grid and are suitable for home or small business usage. They tend to have a warranty of around five years and are among the most commonly used solar inverters. It is worth noting that they consume less power, are easy to install, pocket-friendly, have three-phase functionality, and are highly efficient as well.

They are placed on the back of each solar panel and are suitable for places where there is a disparity in the amount of sunlight received by each panel. Comparatively, they are costlier than string inverters and come in the capacity range of 200-350 W. A great benefit of these inverters is that you can use them to track each panel’s performance individually.

These are suitable in rural areas where connecting to the grid, which will be far away, is neither cost-effective nor practical. They come in the range of 500 VA to 50 KVA and can cost anywhere between 3500 and 3,20,000 INR.

Also Read: What are The Top Benefits of Using Solar Power in Rural Areas?

Since their source of energy are batteries charged with PV arrays, they are not reliant on the power grid at all, making them quite sustainable.

If you do not want to invest in batteries, you can always opt for grid-tied inverters. They are most suitable for urban areas where there is a well-connected grid. These inverters can feed the converted energy into the main power grid by matching their phase and frequency. Due to their connection to the utility grid, they are equipped with the ability to shut down automatically for safety reasons.

What to Do If  You Have a Conventional Inverter Setup?

If you already have an inverter and are wondering how to charge an inverter battery without electricity, solar conversion kits are the answer. With minimal investment, you can convert your existing system into a hybrid with the addition of a solar panel. Having done that, you no longer have to worry about being without electricity during long power outages.

If you are ready to make the transition to solar, look no further than Genus products. We offer end-to-end solar solutions that are clean, renewable, and cost-effective in the long run. So, what are you waiting for? Take your first step towards a sustainable energy system for your home that can power your inverter battery without electric charge.

previousCan You Charge An Electric Car With Solar Energy?

nextPicking the Ideal Double Battery Inverter for Home Use – A Guide