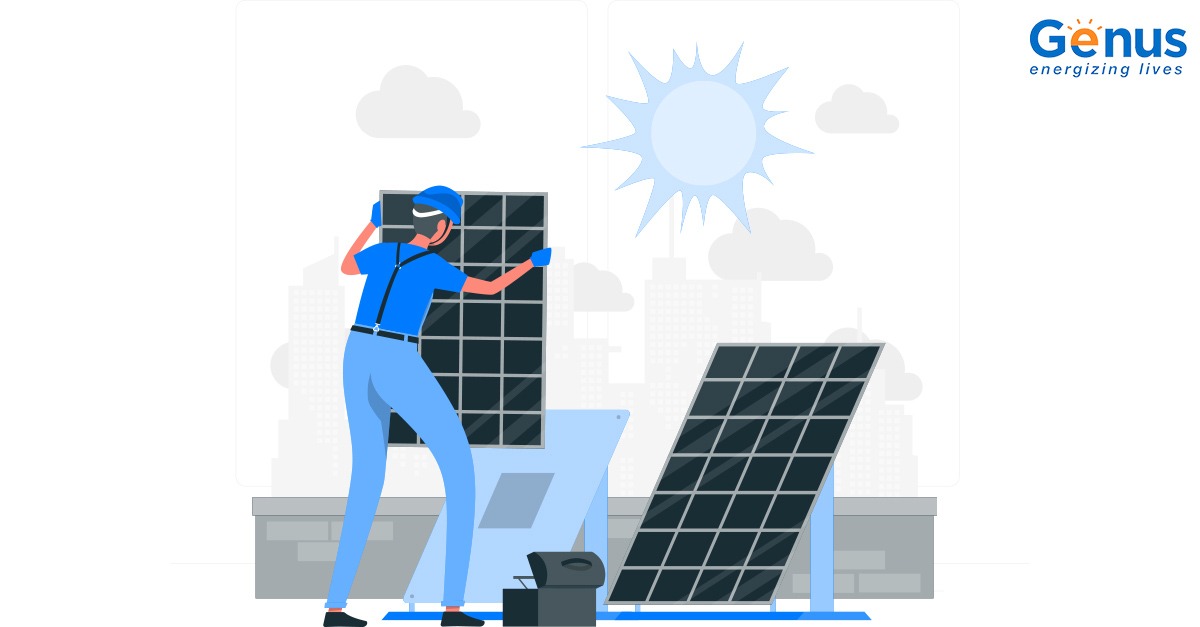 PERC solar panels are quickly making a name doe themselves in the market. But before asking what is PERC and PERC technology, it is important to understand how traditional solar panels work.

In a traditional solar panel, inefficiencies can occur due to the sunlight getting reflected by the solar cell, blocked by wires, or going all the way through the cell to produce heat and not electricity. By adding a front passivation layer, reflection and front-side recombination can be prevented to a large extent.

Managing these inefficiencies and maintaining the level of energy production is where PERC solar panels come into play.

What are PERC Solar Panels?

Passivated emitter and rear contact or “PERC” panels are made from PERC cells. PERC solar cells are more efficient than traditional cells due to the presence of an additional layer on the back. This layer allows more sunlight to come through and turn into electricity. They can also mitigate rear recombination and prevent longer wavelengths from turning into heat and impairing the cell’s performance.

While the technology has been around since 1989, it saw steady improvements over the years that made it more efficient than the traditional solar panels that we see everywhere. They are similar to traditional panels when it comes to the structure and can reuse existing equipment for production.

There are two kinds of PERC solar panels depending on their price and efficiency.

Mono PERC panels or monocrystalline PERC solar cells are made from a single piece of silicon. These cells are more efficient than polycrystalline panels but are comparatively expensive as well. Multiple PERC layers can be added to improve the PERC solar panel efficiency as well.

These cells are a blend of silicon shards, and hence, the name polycrystalline cells. While these cells are less efficient than mono cells, they are a much more affordable option. You can increase the efficiency of poly cells by adding a PERC layer, but it won’t ensure the same degree of utilization.

As compared to traditional solar panels, a PERC solar cell is 1% more efficient when it comes to producing energy. While it can seem like a very small gain on its own, in a complete PV system, this gain can add up to 5% more energy being produced.

Also Read: What Do You Need to Know About the Different Types of Solar PV Systems?

Improved Performance in Low-light and High-heat

A low-light and high-heat environment can be destructive for traditional solar panels, but PERC solar panels excel in these conditions. They even see a 3% increase in efficiency when operated in high-heat and low-light.

Due to the increased PERC solar panel efficiency, it would require a fewer number of PERC panels to fulfil the energy requirement of homes and offices. Designers and installers would have to install fewer panels and they are suitable to be installed onto smaller roofs as well. If a site requires 40 standard modules for generating electricity, it would require 38 PERC modules only.

With fewer panels to install for the same output, PERC panels help in the reduction of numerous soft costs. Homeowners as well as installers can save on disconnects, inverters, labour costs, and other balance of system (BOS) costs.

One of the biggest advantages of PERC panels, and the reason behind their growing popularity, is that PERC solar panel price is the same as traditional panels as they cost the same to manufacture.

So, to wrap up, PERC solar panels are an excellent choice for people who want to obtain the same amount of energy with fewer panels and reduced labour and installation costs. They are more efficient than traditional panels and require less wiring, racking and MLPE devices to operate.