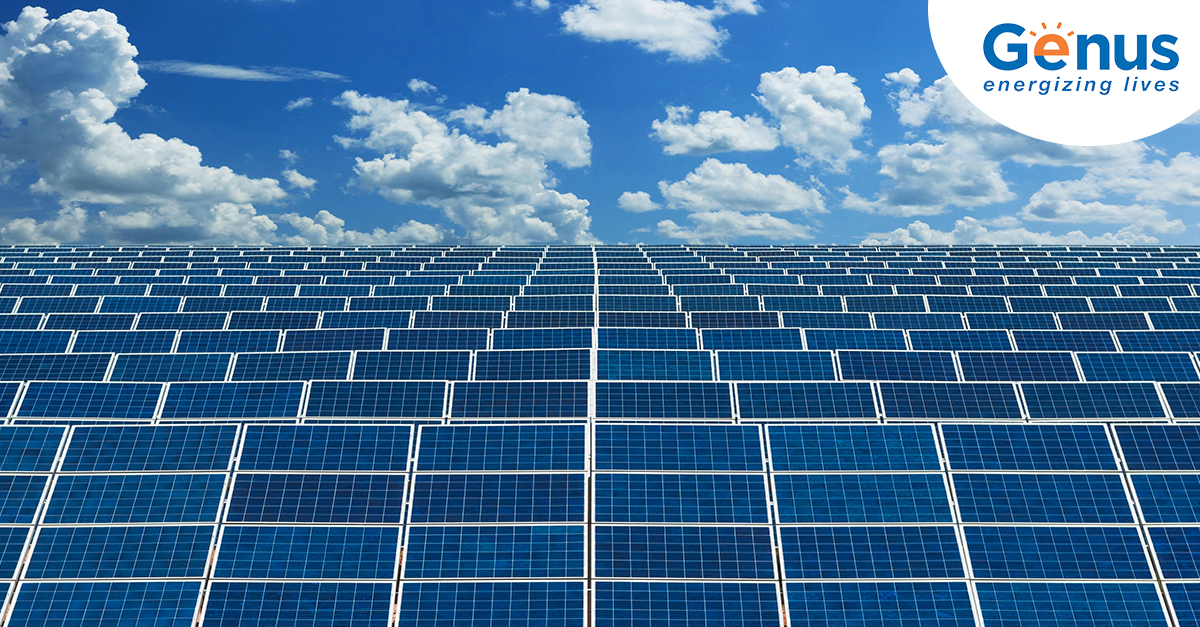 Owing to its clean, green and renewable promise, the solar industry in India has experienced steady growth in the past few years. As a result, investments and return values pertaining to the solar industry have increased significantly. Technological innovation is one factor that has contributed largely to the above development. The surge in rooftop installation is the most evident example of how solar panels are making their ways into homes and offices. The promising returns, especially due to an increase in solar panel efficiency, are driving the buyers to consider this as a viable investment option. Apart from enhanced efficiency, recent innovations in the solar industry are also hinting at a bright future. So, what lies ahead?

To get a peek into the future of solar, you need to understand the current situation and challenges in the solar sector. As of now, the most efficient silicon-based photovoltaic panels offer 16 to 18 per cent efficiency. This means that much of the radiation absorbed is not being used to generate energy. Thus, researchers and scientists are focusing on enhancing the efficiency of the panels.

Here are some of the upcoming technologies that will transform the solar industry in the years to come:-

Scientists are experimenting with materials other than silicon with the aim of enhancing the performance of the solar panels. For instance, researchers from China and Australia have developed a novel solar cell that can achieve efficiencies of up to 35 per cent. They are using a crystalline structure, known as perovskite, for the above purpose. Researchers have also claimed that the novel solar cells are easy to manufacture as they eliminate the step of obtaining pure silicon.

Bio solar cells are a result of an innovative idea of converting solar radiation into electrical energy. Through bio solar cells, researchers are trying to utilize the process of photosynthesis to generate fuels or energy. Furthermore, these cells are manufactured using biological materials from nature. At the core, large protein complexes that allow energy conversion is plants and algae, are being leveraged in bio solar cells as well.

Solar windows are made up of panels that utilize solar radiation to produce energy and enhance energy efficiency. Apart from offering a convenient solution to the energy demands of homes and buildings, solar windows are also gaining acceptance because they fit on to the surface of any window. Organizations are also using organic photovoltaic technology to build see-through windows. Thus, the evolving PV technology will convert buildings and skyscrapers into potential power generators.

While solar energy is popular among households and other energy-efficient buildings, there are some unconventional solar applications such as solar desalination as well. Solar desalination uses solar-thermal energy to generate freshwater from unusable water bodies like brackish water, seawater, and any other contaminated water. The solar-thermal approach to desalinate water will result in lower capital investments with better results.

Eventually, India, and the world at large, will switch to renewable resources to meet ever-increasing energy requirements. And solar energy will certainly lead the pack as per the current trends. In a country like India, the scope of solar energy is tremendous. This is because India is a tropical country and has access to solar radiation throughout the year. States like Gujarat, Maharashtra, Orissa, Punjab, Bihar, Rajasthan, Haryana, Andhra Pradesh and West Bengal have immense scope to harness solar energy, primarily due to their location. Furthermore, the usage of solar energy can reduce the pressure on conventional energy sources that are already scarce. Moreover, buyers can also save big on their energy bills if they opt for solar solutions to meet their energy needs.

The above developments in the solar sector clearly suggest that it has a bright future. From the buyer’s perspective, solar solutions are financially viable as well as a feasible option. Thus, it’s time for the world to brace up for a solar future.