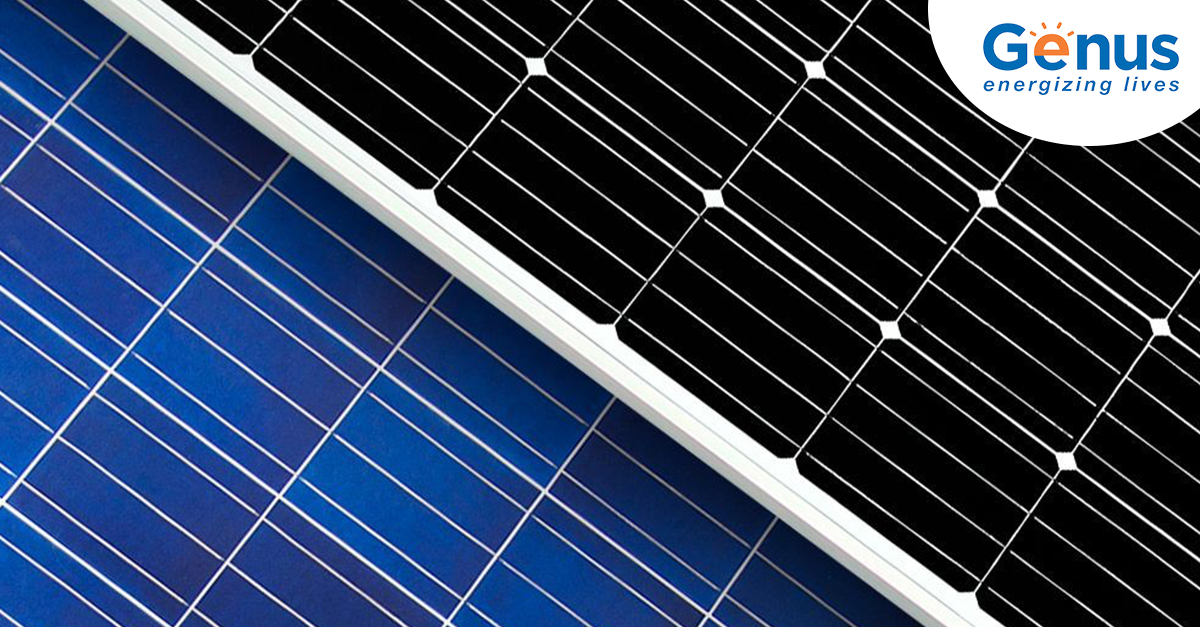 Solar solutions are transforming the energy industry and reducing the dependence of residential and commercial entities on the grid for electricity. While many have already gone solar, there are others who are still trying to understand the complexities involved while choosing the right panels. In fact, the availability of different types of solar panels makes the task challenging for solar power enthusiasts. However, you will certainly have a better idea of which panel to opt for once you have read this article.

To start with, both monocrystalline and polycrystalline solar panels are made of silicon. They share the same purpose in a solar photovoltaic (PV) system, which is to generate electricity by capturing solar radiation. However, there are some key differences when it comes to technology and features. Let’s find out in detail.

Hopefully, the above comparison will help you determine which solar panel is best for you. However, one must always opt for a panel after considering various parameters such as efficiency requirements, cost-efficiency, aesthetics, financial expectations, and more.

previousTop Things to Consider Before Getting Solar Panels Installed

nextUnderstanding the Design of a Solar PV System Made Easy