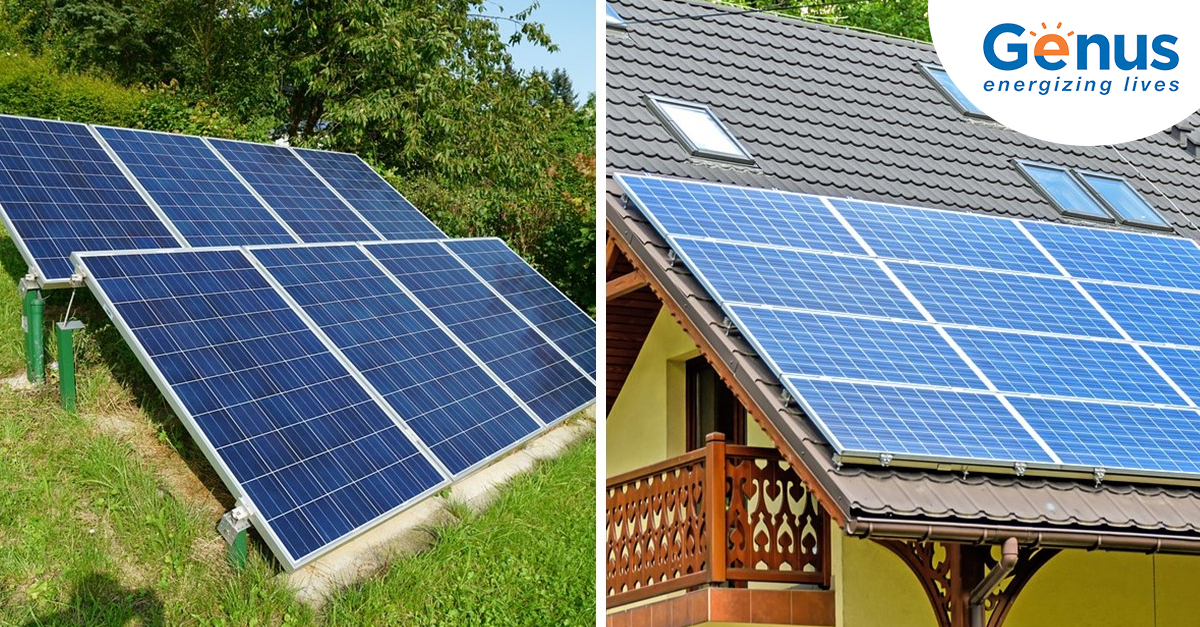 Difference Between On Grid and Off Grid Solar System:

An on-grid system implies that your solar system is connected to your utility company’s network.  Between the off-grid and on-grid systems, the latter is more popular as the users are covered by their utility company even if their solar systems under perform or malfunction. Further, if the user generates excess energy, it can be reverted to the grid-power company. In return, the user can build a credit that can be used to cash out at the end of the billing cycle (condition – *Subject to state net metering policy). This process is known as net metering. Being tied to the grid minimises upfront costs as the user does not have to purchase a costly battery back-up system for energy storage. However, the key drawback of an on-grid system is that it shuts down completely in case of a power failure. Therefore, an on-grid power system may not offer good outputs in areas that are prone to utility power failure.

As mentioned earlier, an off-grid solar power system is not connected to the utility grid and uses an additional battery system. Usually, an off-grid system is designed to generate some excess electricity during the day which is transferred to the battery systems for storage. The energy stored in the batteries can then be used during the night or when it is cloudy. The users can opt for off grid solar power systems as per their energy goals. Based on the energy estimates, solar systems can be sized to generate enough energy to meet the user’s energy requirements around the clock. The key advantage of using off grid solar panels is that the user is not dependent on grid energy, which means a power failure or an outage would not affect the user in any way. On the downside, an off grid solar system is dependent on solar radiation and prolonged cloudy weather can significantly impact the power outputs. Further, an additional battery system can escalate the upfront installation costs for the users.

On-grid or off-grid, both types of solar power systems have their own set of advantages and disadvantages. What makes each one ideal is the user requirement and priorities.

nextBest Ways to Use Solar Energy in Daily Life