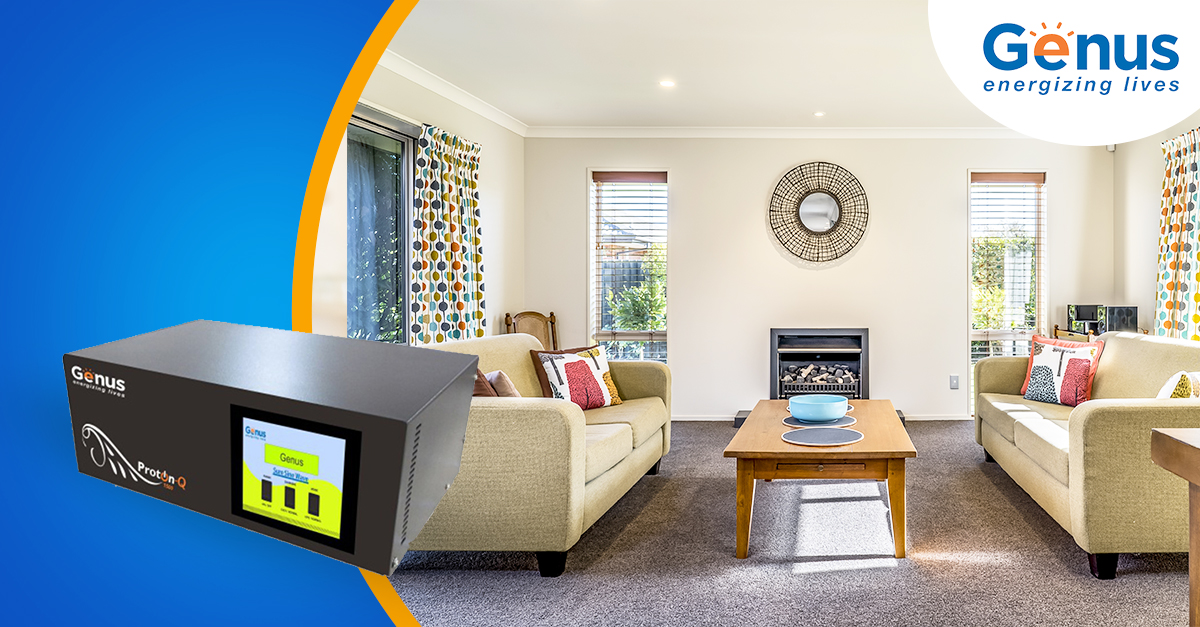 Solar technology is transforming the way we use energy across industries as well as at homes. However, new users may find it challenging to understand the nitty-gritty of solar technology-based devices, and a solar inverter is no exception.  While there is a wide range of solar power-based inverters available in the market, in this blog, we will focus on hybrid inverters. As the name suggests, a hybrid solar inverter combines two or more systems. It combines a solar power system with a battery-based inverter to form a single setup.

Confused? Don’t be. In simple words, an inverter is one of the key components of a solar power system that converts direct current (DC) produced by the solar panels into alternating current (AC) for home-based appliances. A solar panel setup with a conventional inverter requires a separate inverter to transform AC to DC, back and forth. However, a solar panel system with a hybrid inverter does not require a separate battery inverter. Interestingly, hybrid inverters can also be installed without batteries. Some people give hybrid inverter a shot to understand their battery requirements for the future.

Here are Some of The Key Advantages of a Hybrid Solar Inverter:

A hybrid solar power system, with the aid of storage batteries that are connected to the inverter, provides an uninterrupted power supply. In case of an electricity outage, the batteries function as an inverter and provide backup.

2. Optimal Utilisation of the Renewable Resource

A battery system connected to a hybrid system ensures maximum utilisation of the abundant solar radiation on bright sunny days. Therefore, such a system results in optimal usage of solar radiation by storing energy on sunny days and using the stored power when there is an overcast.

A hybrid solar inverter is a low-maintenance system, especially compared to traditional sources of energy. Since there is no fuel involved, a hybrid inverter does not require frequent servicing.

Based on Features and Specifications, Hybrid Solar Inverters can be Categorised into Four Types:

A multi-mode hybrid inverter is an advanced solution that offers a power back-up, either as a built-in or as a separate unit, when needed. These inverters can power your home, charge batteries as well as feed surplus power to the grid. In case of a grid failure, the unit will switch over to battery supply and operate independently from the grid.

Modern hybrid inverters often come with a battery system to form a complete unit. Such a system is known as a Battery Energy Storage System (BESS). It can be installed in your home with an existing solar setup. Such hybrid systems are available in a wide range of sizes and features.

Usually, most hybrid systems comprise separate inverters that work together to constitute an AC-coupled system. Such systems would typically have a standard solar inverter along with an interactive or multi-mode battery inverter. The multi-mode inverter functions as a battery inverter to complete the energy management system and also optimises energy usage with the help of software.

The above classification can help the users to determine what’s best for them. However, it is recommended to research and estimate your energy usage before you opt for a particular hybrid system inverter.