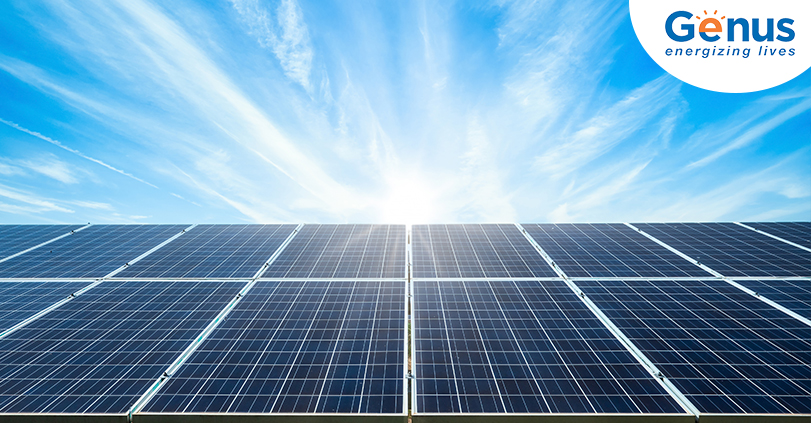 Solar energy is a powerful, clean and renewable source of energy that is derived from the sun to heat, cool and light homes and offices. Though it offers plenty of benefits in the long run, especially in terms of costs and eco-friendliness, a few solar energy myths continue to abound in the market, preventing prospective users from investing in this type of energy. So, this article aims to debunk such myths:

Myth 1-Solar Energy is Expensive and Not Economically Viable

An analysis by International Renewable Energy Agency (IRENA) found that the costs for setting up solar PV projects have dropped by about 80% in India between 2010 and 2018, making it more economical than traditional sources of energy.

Along with this, different loans and subsidies offered by the Central and State Governments in India have made solar energy more affordable than ever.

In a few states such as Uttarakhand, Sikkim, Himachal Pradesh, Jammu & Kashmir and Lakshadweep, a subsidy of up to 70% is offered by the central government.

So, one of the biggest solar myths is that it is only for a wealthy few. Moreover, you can get the payback on your solar investment within 3-5 * years.

Though logic might dictate that solar energy will work better in areas such as Rajasthan owing to its hot climate, this solar energy myth isn’t true.

It is one of the common solar panel myths that cloudy skies prevent electricity generation in these panels. However, that’s false as long as the solar PV is receiving light. It can then convert that light into electricity.

Yes, the efficiency might drop for a while, but since India receives abundant sunshine for most part of the year, it is not that big an issue.

Myth 4: Solar Panels are Prone to Damagesdone by Winds, Birds and More

Solar panels have toughened glass to prevent easy breakage and can even withstand heavy winds and storm. So, a bird sitting on it or even a monkey jumping on it cannot cause damage to the panel.

However, since bird droppings can slightly reduce the efficiency, it is recommended that you clean the panels once every month. You can also read about the Effective Ways of Maintaining Solar Panels for more details on this. Also, the precision of the wiring and the way the entire structure is mounted plays an essential role in the durability of the solar power system.

Myth 5: All Solar Power Systems Work When the Power Goes Out

This solar panel myth isn’t entirely true. Though solar panels can work during cloudy days, a grid-connected solar power system won’t work in case of a power outage. On the other hand, an off-the-grid or hybrid system will continue to work as they store power produced by the solar panels.

So, what you can do is use a backup battery for a grid system for 100% runtime, and it will work even during power cuts.

Myth 6: Solar Panel Installation is Costly and Requires a Lot of Maintenance

This is one of the common solar power myths that discourage people from investing in sun’s energy. If you go for a reliable manufacturer, solar panel installation is quite manageable and needs minimal maintenance.

And if the solar panel is connected to the utility grid, which is common among electricity systems, then it is easier to maintain the panels. Also, cleaning with water is enough to remove any dust or accumulated debris and eliminate any source of shading.

Plus, technological advancements in remote monitoring systems have not only brought down the operation and maintenance costs, but also enhanced the performance of panels.

So, hopefully, busting these common solar energy myths has helped you understand the affordability and efficiency of solar power systems. By going solar, you can not only save enough money over the years, but can also reduce your carbon footprint and do your bit for the planet.