Why You Need to Get Serious about Going Solar

The last few years much has been researched into, and said, about global warming and its (disastrous) consequences. This blog aims at presenting you with some latest findings. We also highlight some easy and cost-effective ways for you to share in the burden of environmental protection without burning a hole in your pocket (in the bargain, saving some).

Emissions of Greenhouse Gases (GHGs) have been rising at a swift rate due to the unending quest for economic growth. Oceans absorb 90 per cent of the excess heat in the climate systems and this makes the planet liveable. But this heat has quickened the melt-off from glaciers, especially the ice sheets sitting atop Greenland and Antarctica, causing a rise in sea levels. 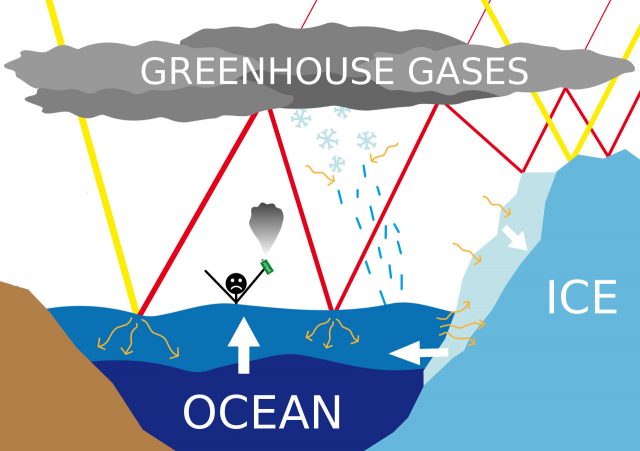 The second (so far) protective mechanism for Earth has been the ozone layer (also under threat). The ozone shield is a layer in the stratosphere with just the right size (almost miraculously) to reflect off the excess ultraviolet radiation that comes from the Sun; the excess otherwise would be harmful to life on our planet. This layer allows only 70 per cent of the incoming solar radiation to reach the atmosphere, thereby, providing the exact levels of heat and light that allow us to exist comfortably.

The ozone layer is composed of GHGs that include water vapour, methane, nitrous oxide, ozone, chlorofluorocarbons, hydrofluorocarbons, and carbon dioxide (CO2). However, increasing the amount of GHG (as has happened with an increase in carbon dioxide) above the historically normal values has had a negative effect on Earth’s temperature. This destruction of the ozone layer is a secondary consequence of climate change, leaving the ground wide open for UV radiation to reach our atmosphere. This ‘ozone hole’ can be seen at the South Pole, causing rapid melting of polar ice caps and glaciers.

This warming of the oceans and damage to the ozone layer has been flagged as a major concern in a 2019 IPCC (Intergovernmental Panel on Climate Change) climate report that talks about ‘oceans and cryosphere’.

Warmer oceans and an accelerated rise in sea levels are expected to threaten the very existence of 45 major coastal cities globally, especially by the end of the century. Four Indian coastal cities — Kolkata, Mumbai, Surat and Chennai — are at risk.

You can well imagine the economic and human consequences, apart from thinking about depletion of freshwater in the (Indian) plains due to the melting of Himalayan glaciers at a drastic rate. The IPCC estimates a 1-metre rise in sea levels by 2100, while even 0.5 m is enough to swamp our coastal cities.

But as we mentioned, there can be a silver lining to this gloomy scenario, provided we act fast. The answer lies in not burning fossil fuels (which contributes to half the increase in global warming, per studies), and rather in generating power by harnessing the power of the Sun. There is no heat generated; no noxious gases emitted; no scarce resource depleted, and no humongous amount of capital burnt up either.

As one of the most-commonly available, accessible, and feasible renewable energy options, solar panels are one of the main drivers in the reduction of carbon emissions across the globe.

Solar energy presents a set of advantages that can be used to offset carbon emissions. Investing in solar for your house will also help your wallet and is one of the best ways to immediately fight climate change. Even for housing groups, rather than charge their power back-up inverter with the mains (supplied by fossil fuel-derived power), solar power plants can provide you with cost-effective yet efficient and reliable solutions.

For commercial applications of the technology, you could see this to know how to include solar-power solutions in your home and unit’s energy needs.

Now you too can do your bit against climate change — just power up with solar!