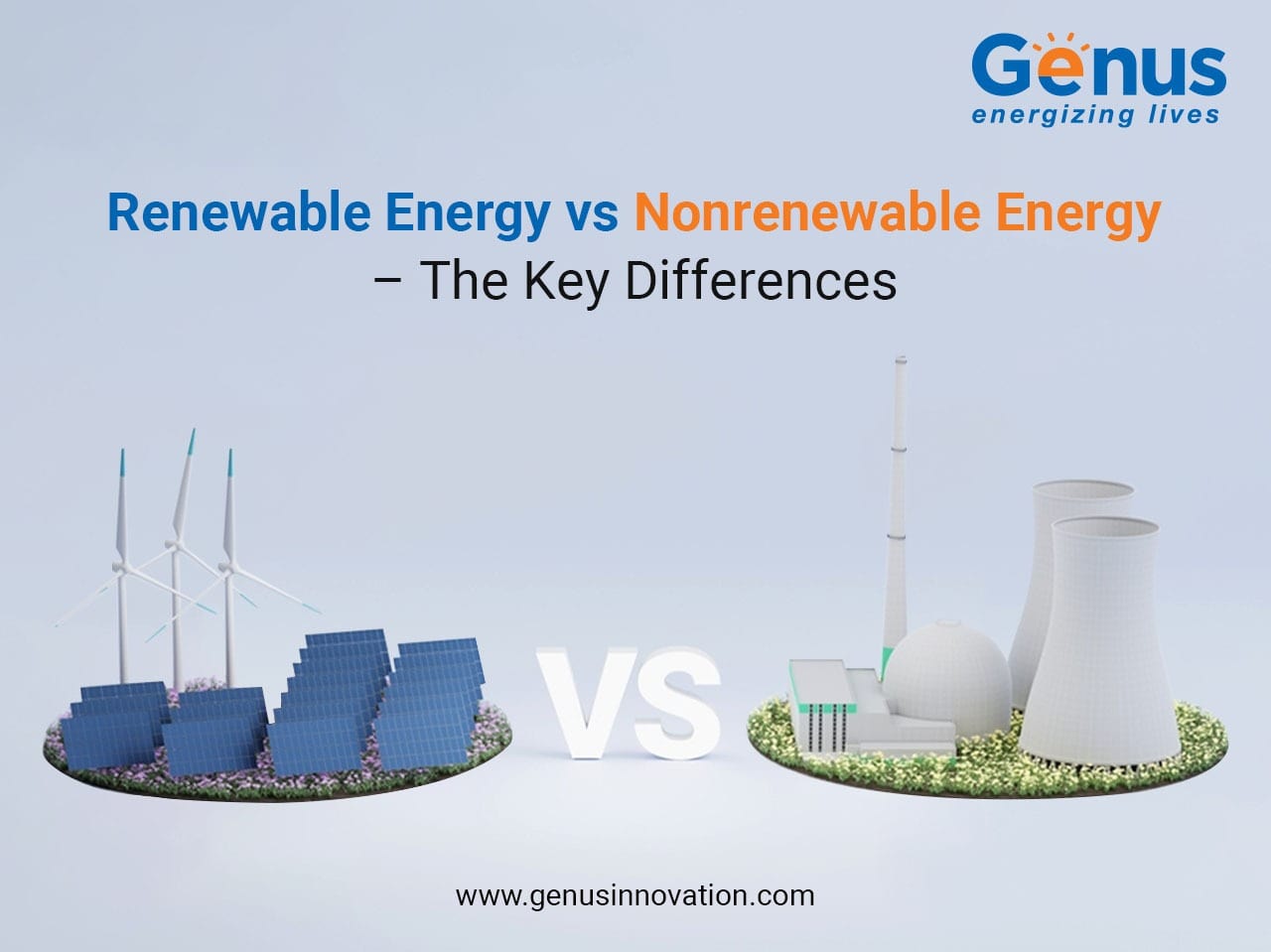 So, here are some important points of difference between renewable and non-renewable energy.

What are Renewable Energy Resources?

The most convenient of them all is solar energy, which is witnessing a fast rise among residential and commercial ecosystems, thanks to the rise of innovation in solar panels and solar charge controller.

What are Non-Renewable Energy Resources?

Resources that can’t be immediately replaced upon depletion, and which take time to replenish are known as non-renewable resources. Fossil fuels like petrol, natural gas, and coal are some examples of non-renewable energy resources.

When you use renewable resources, they leave a minimal carbon footprint and generate lower levels of carbon emissions. For instance, solar energy runs on the rays of the sun, turning the photons incident on the panels into electrical energy.

Similarly, wind energy is generated through rotating turbines, converting simple mechanical energy into electricity. As you can see, the sources of both these energies are inherently harmless, and thus, have zero negative effect on the environment.

On the other hand, non-renewable resources have a larger carbon footprint, since most fossil fuels are carbon-based. As a result, they release a ton of greenhouse gasses into the atmosphere upon combustion.

However, when taking into account the slew of savings renewable technologies brings over their lifespan, they beat the cost of nonrenewable resources by a huge margin.

Also, with rapidly evolving renewable technologies, the day is not far when these devices come at far more affordable prices. In fact, we at Genus provide the best deals when it comes to solar battery price.

The main downside of nonrenewable resources is the time they take to replenish. That’s where the word nonrenewable is derived from. Resources like coal and petroleum take thousands of years to form in nature. And we’re currently using them at a pace far greater than the rate at which they’re formed.

In contrast, resources like sunlight, air, and water are available abundantly throughout nature. That’s what makes renewable sources much more reasonable and attractive.

As you can see, though renewable energy has a high initial installation cost, the savings and sustainability they bring to the table are in a whole other league when compared to non-renewable sources.

previousTips To Save on Your Electricity Bill With Genus Innovation