A Complete Guide to Gel Battery Vs Tubular Battery 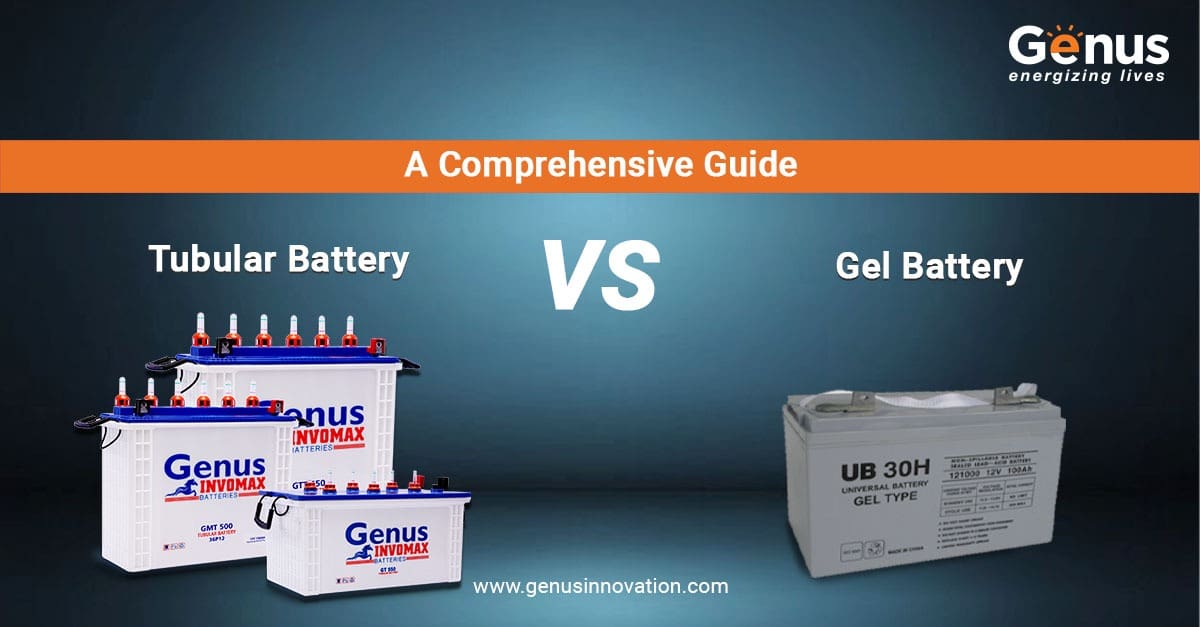 Read on to find out all about these two batteries, their differences, and which one you should go with.

What is a Gel Battery?

As mentioned, a gel battery or a “gel cell” is a kind of valve-regulated sealed lead-acid battery. These batteries make use of gelled electrolytes, which are solid electrolytes that reduce spillage and evaporation, and also impart corrosion resistance to batteries.

Also, compared to regular batteries, gel-based batteries are much more lightweight. The batteries have a small quantity of solidified electrolyte to keep the acid inside stationary. Plus, these batteries also feature a longer lifespan than traditional batteries. Why? Because the gel can hold the charge for a way longer time. As a result, these batteries are quite durable and can also hold out against a range of temperatures.

These batteries find their application in powering motorcycles, camcorders, cell phones, marine equipment, and even high-end cars. Moreover, users don’t have to add water frequently to keep the electrolyte levels topped up.

What is a Tubular Battery?

In essence, a tubular battery has a negative electrode in the form of a tube. However, its positive electrode is of the regular flat type. The tubular design contributes to the battery’s enhanced performance. The structure of the battery looks like an array of tubes stacked side-by-side along the length of the battery. Hence, the name “tubular.”

These are typically used in applications such as electric vehicle propulsion, home power backup, and solar power equipment.

Like gel batteries, tubular batteries are also quite durable, long-lasting, and require less maintenance. Also, these batteries have a low self-discharge rate, which makes them perfect for solar power applications.

Gel Battery vs Tubular Battery – What are the Differences?

Though both gel batteries and tubular batteries are quite capable of providing power to a variety of applications, certain differences set them apart. Here’s a list of them:

Gel Battery vs Tubular Battery: Which One Should You Go With?

If you want the best quality battery, with high durability, long lifespan, and better performance, it’s recommended to go with gel batteries. But remember that these will cost you a premium. If cost is the problem, tubular batteries will also provide you with gel battery-level performance at a lower price tag.

Genus Innovation can hook you up with the best tubular and flat-plate batteries. So if you wish to know more about a smart inverter battery for home or other solar products for your household or commercial requirements, get in touch with us today.