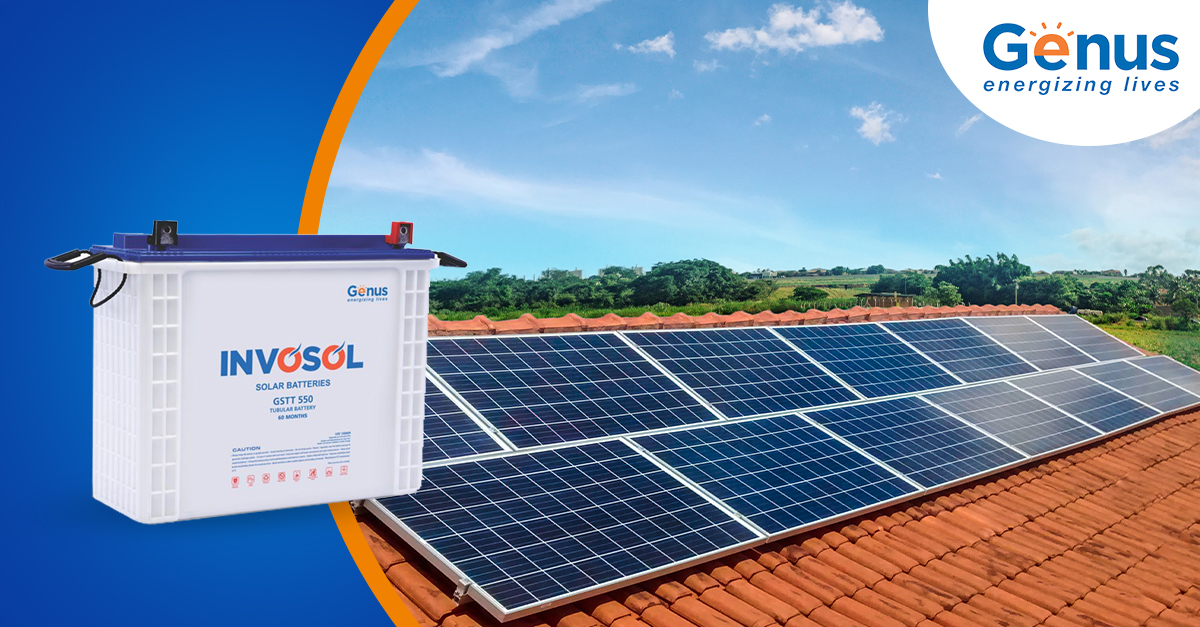 In India, frequent power cuts have been a regular thing for long. Many rural households face 4 to 5 hours of power cut on a daily basis. As a result, alternative energy sources, such as solar and wind, have gained immense significance in recent times. Especially, solar batteries are increasingly becoming popular among households. However, installing a solar panel requires detailed research and assessments.

Finding the right solar solution is the key to adequate energy and cost-efficiency. With wide range of options available in the market, buyers are often confused about what to choose. So, how should they make a decision?

The most important considerations while choosing a solar battery are its power rating and capacity. The capacity is just an indication of how big your battery is. It does not indicate the amount of electricity produced by a battery at any given time. We need to consider the rating of the battery to understand the overall picture. Apart from these, durability, efficiency, and the feedback about the manufacturer can also be considered while making the selection.

Let us take a look at this solar panel selection guide before you make your choice:

There are a number of solar battery manufacturers in the market. Some are quite old while some are relatively new. Usually, people prefer older ones with established names, thanks to their wide-ranging product portfolios. In contrast, a start-up firm may compete with their larger counterparts based on revolutionary technologies and installation benefits. Hence, it is essential to evaluate your requirements first, and then finalize the manufacturer.

Based on their chemical compositions, solar batteries that are used in homes can be categorized into three segments: Tubular lead-acid, lithium-ion and saltwater.

Tubular lead-acid is the most popular battery technology that has been used in home systems for decades. Although tubular lead-acid batteries need periodic maintenance as compared to other battery types, they are the most affordable battery solutions. For those who wish to go off-grid and need to install a lot of energy storage, this battery system is a great option.

Also read: How Many Hours Will A Solar Battery Last?

Most of the new home energy storage technologies use some variant of lithium-ion composition. These batteries are more compact and thereby lighter than tubular lead-acid batteries. The only challenges with lithium-ion batteries are that they are relatively more expensive than the lead batteries.

Ultimately, the answer to choosing the right solar battery depends on the requirement of the user. You need to identify modern battery technology that performs well and is cost-efficient to make the most of it.